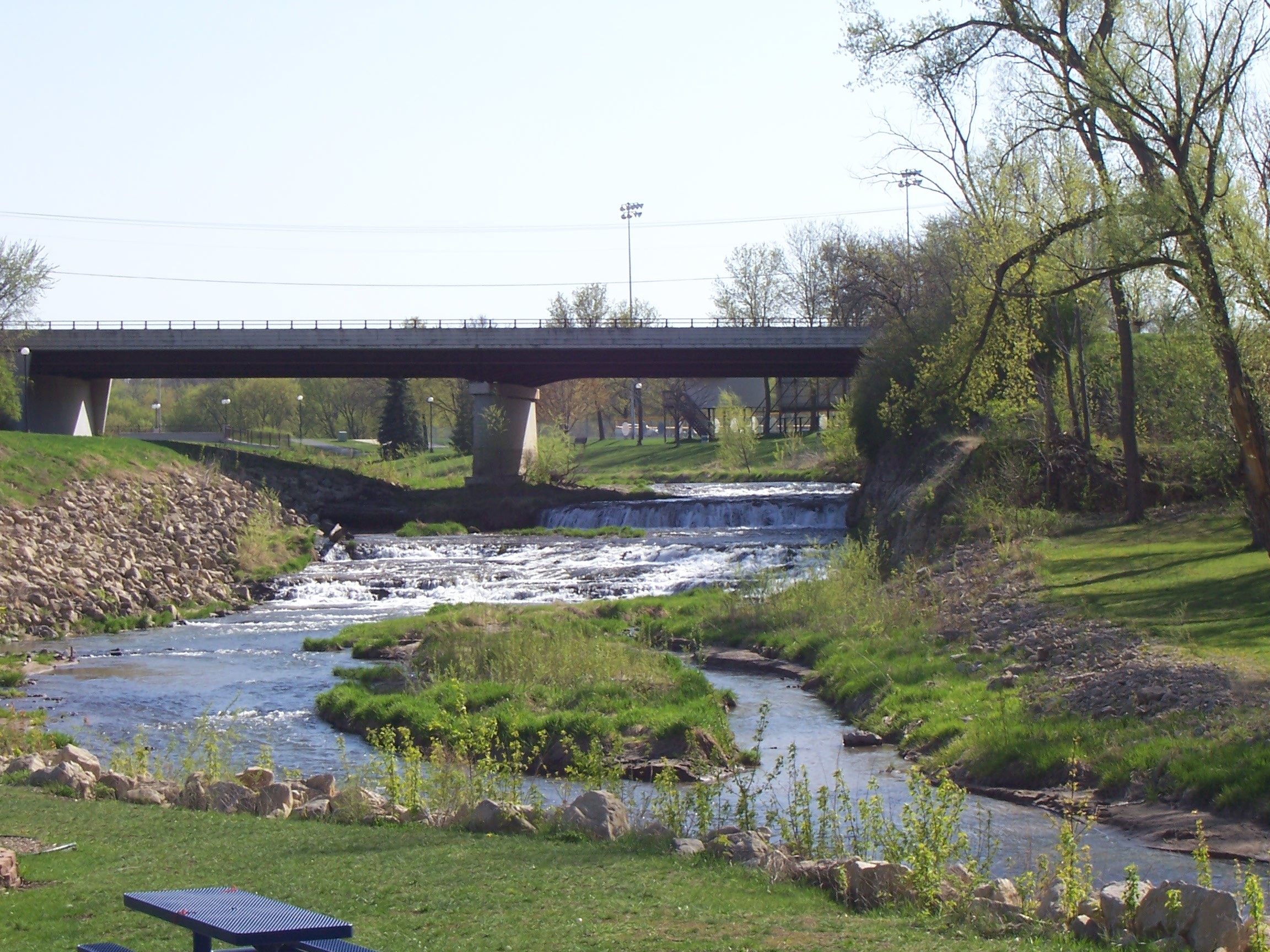 There are 12 Northfields in the United States, somewhere between two and five Red Wings (depending on how finicky you are about spelling and adjectives), three Dennisons, four Dundases, four Hazelwoods, at least 13 Waterfords, 15 Stantons, and a whopping 23 Randolphs. But there’s only one Cannon Falls in the world, at least as far as the internet seems to know. It is, accordingly, high time to explore the origins and attractions of our unique and lovely neighbor to the East, and I’ll jump right in.

Cannon Falls is named, of course, after the series of short waterfalls now visible from Minnieska Park downtown. Zebulon Pike mentions the Cannon River in the journals from his 1805 journey through Minnesota, but the area around the falls wasn’t settled and named for another 50 years or so. In 1853, Richard Freeborn and his son William located the falls, and they returned the following year to settle there. Cannon Falls was named and platted in 1855, incorporated as a village in 1857, and grew largely as a milling town until it was reincorporated as a city in 1905 with a population of almost 1,500. Progress was rapid, and a 1909 publication boasts that “there are practically no wooden sidewalks in the city, they have been replaced by modern cement walks, while cement street crossings are replacing the old flagstone.” Apropos of nothing, my own sidewalk could also use replacing with some modern cement. By 1915, the downtown was fully developed, and it has remained in good shape ever since; in fact, it is so well preserved that the whole downtown commercial district, 29 buildings in all, was placed on the National Register of Historic Places in 2000. 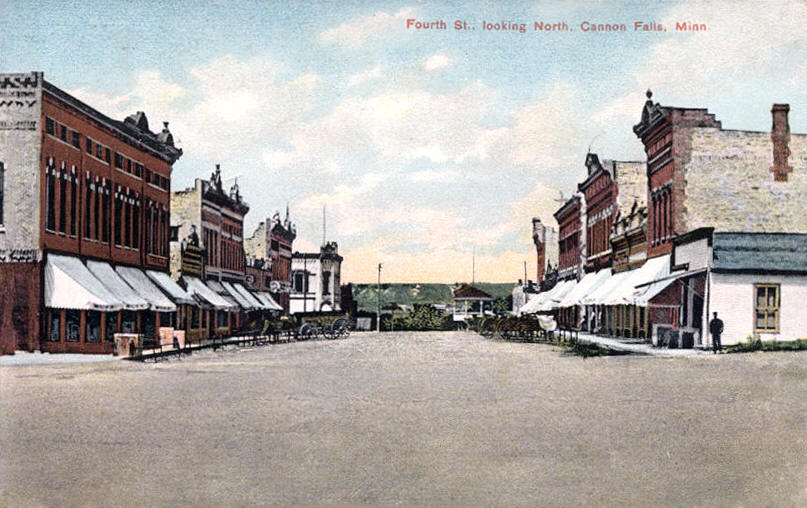 Cannon Falls is rightly proud of its heritage, right down to the non-threatening ghosts that are said to inhabit homes on Hoffman Street (you can read more about them here). A lovely historical museum and several antique stores highlight the town’s connections to its past. But it also has quite a few decidedly modern attractions. Cannon Valley Winery downtown hosts weddings and meetings as well as holding tastings and even opening up the vineyard for a day of community harvest in the fall. Mill Street Tavern also has an outdoor patio and event space in its historic building just off the river. The Busy Bee Honey Farm, which is part of a growing movement to produce and consume goods locally, is south of town, but you can find products made by its resident bees at several shops in town as well. Spanning the past and the present is the Cannon Valley Fair, which will celebrate its hundred fourth year this summer. The four-day event is very reasonably priced and takes place in the first days of July, complete with livestock shows, demonstrations, live entertainment, and a midway. Wristbands for unlimited rides on the midway are available at Althoff’s Hardware, which is also a long-standing Cannon Falls institution, in operation since 1933. If you do go the fair, keep an eye out for me; my oldest son has an insatiable love of midway rides and a birthday in early July.

Of course, the falls and river themselves also still feature prominently in the city’s identity and economy. The city’s park system makes good use of beautiful river views, and the aptly named Riverside Park includes a station for feeding the ducks and a canoe launch. If you’re thinking of taking a trip down the river, you can rent canoes and kayaks at Cannon Falls Canoe and Bike Rental. The bikes may also come in handy, since Cannon Falls is also the western trailhead for the Cannon Valley Trail, an almost 20 mile trail running over the former route of the Chicago Great Western Railroad between Cannon Falls and Red Wing. It’s a beautiful trail in all seasons and accommodates pedestrians as well as various forms of non-motor wheeled transportation (just remember that if you’re over eighteen you need a Wheel Pass to ride on the trail from April through October), and it has recently been designated as a National Recreation Trail by the U.S. Department of the Interior. 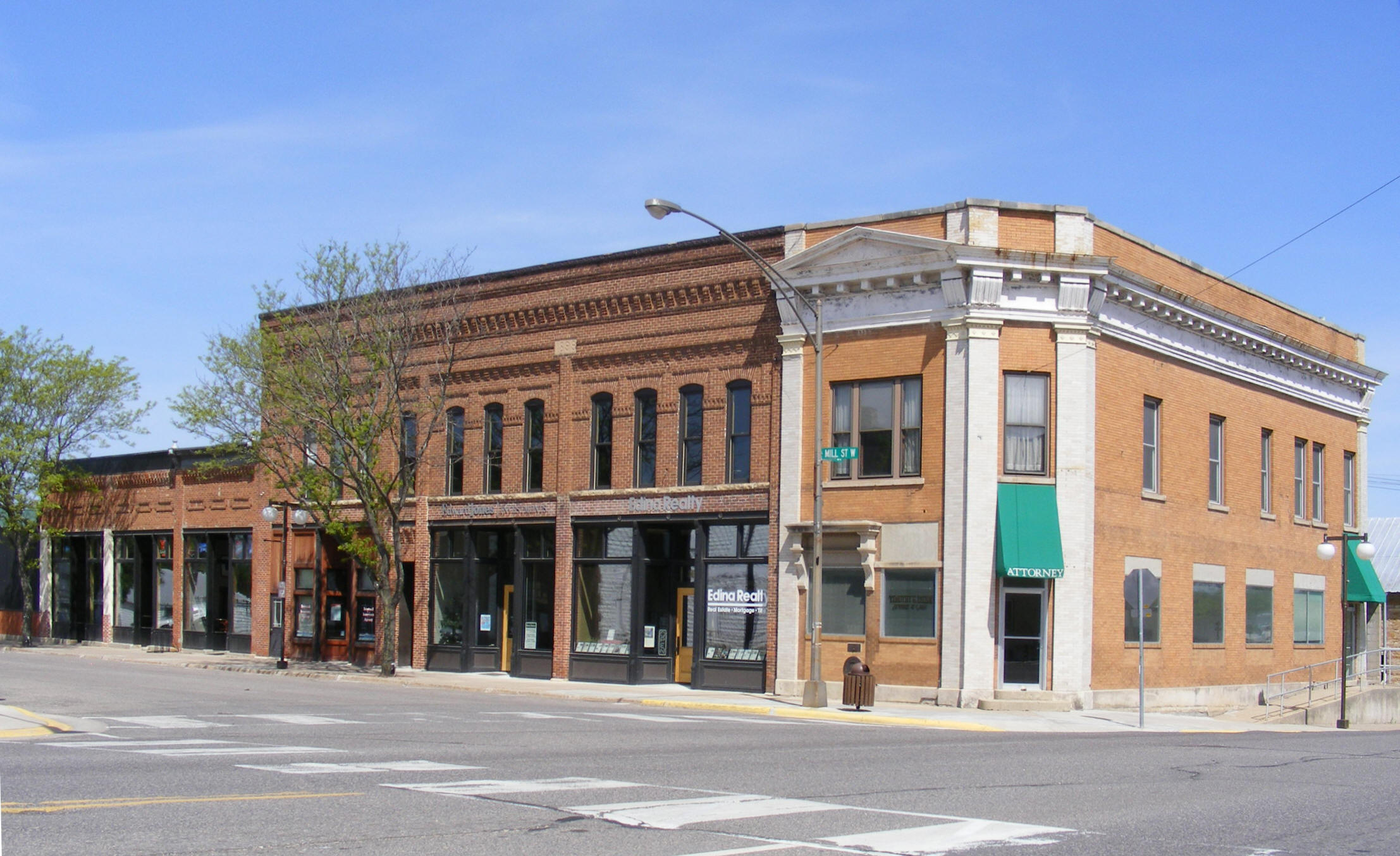 In addition to its distinct local flavor and charms, Cannon Falls has had its share of national fame as well. Pachyderm recording studio, in the woods Northeast of town, has hosted a wide range of recording artists and gained some notoriety as the place where Nirvana recorded their final studio album, in Utero, in 1993. Long before that, William J. Colvill settled for a time in Cannon Falls before leading the Minnesota 1st on a pivotal charge at the Battle of Gettysburg. Colvill returned to Minnesota after the war and is buried at the Cannon Falls Cemetery. The town erected a monument and statue to Colvill in 1909, and President Coolidge made the first of two presidential trips to Cannon Falls for its dedication in 1928. “Two presidential visits?” I hear you ask. In 2011, President Obama also visited Cannon Falls to kick off his re-election campaign.

There’s a lot worth exploring in Cannon Falls, and a lot for Cannon Falls natives and current residents to proud of besides the city’s unique name. Incidentally, there’s only one Faribault, too, but we’ll save that for another week…