The history behind Bridge Square

A town square by definition is a space in the center of a town set aside for community events.  When is a square (a town square) not a square (the shape)?  When a river runs by it, such as Bridge Square.  Squares, the kind you find in a town, generally are rectangular in shape but, when Northfield’s founder John Wesley North, met with the surveyor to plot out the town, they considered the placement of the two existing mills along the Cannon River.  They decided to use the land on the east side of the river adjacent to the mill as a starting point, placing the main street of the business district due south and northerly part at an angle parallel with the river.  The empty space between the street and the river became known as Mill Square. 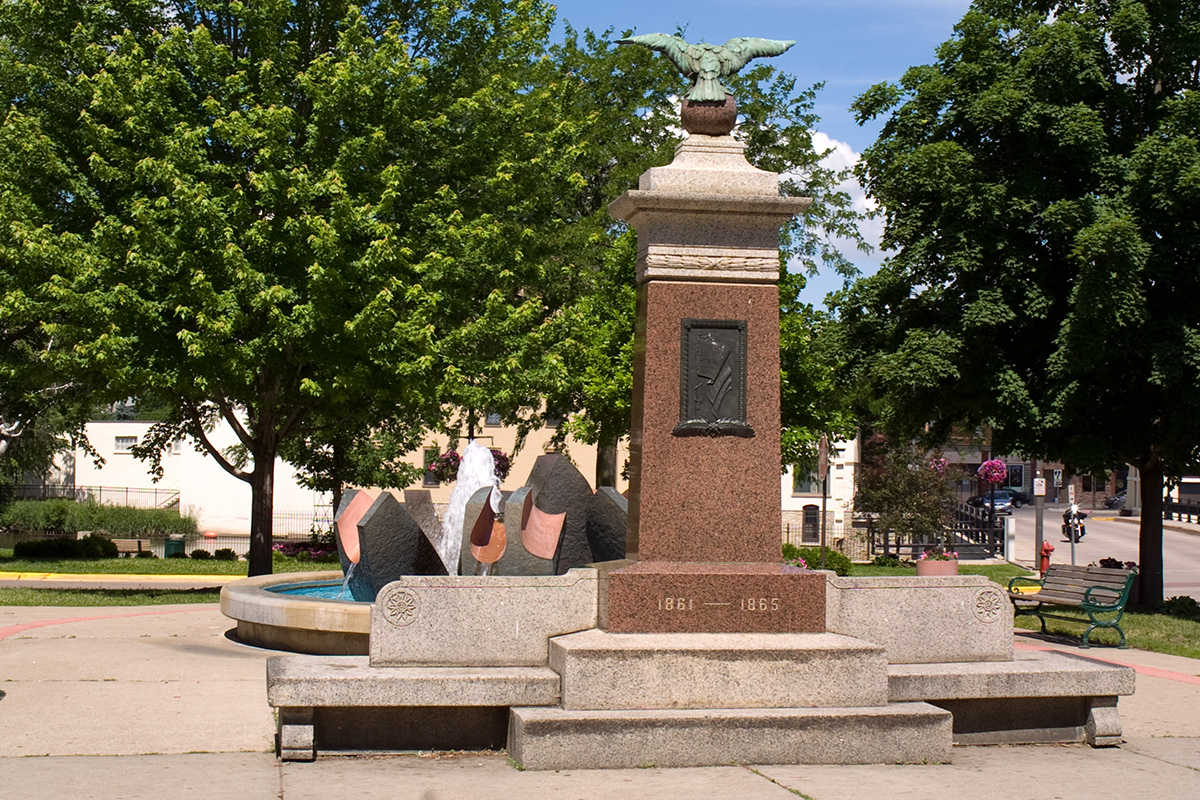 The space became an important meeting place for the town, even in the early days.  Dry and dusty or wet and muddy, Mill Square became popular with wagons hauling material to and from the mills.  It was their first parking lot.  In the 1880s, a fountain was placed in the square—not for the aesthetics; it was used mainly to water the horses.  Farmers who frequented the square used it to sell their produce as well as buy wood and hay, and the name the “Wood Market” stuck.  In the 1890s, townspeople began a campaign to “beautify” the square, maybe build a pavilion.  The pavilion never materialized but the road surfaces were improved by laying down rock and dirt, using oil to provide a harder surface, and watering the streets from time to time to control the dust.  Boardwalks were also added to make walking to the businesses there safer.

By 1915, plans were discussed to improve the waterfront and to turn the square into a park.  A nearby mill would be torn down and downtown business owners saw the potential.  They wanted to turn the square into a parking lot for the increasing number of automobiles in town and build a service station nearby to boot!  The park won out and in 1921 a Civil War Memorial was erected along with a water fountain—this one was for people.  More improvements have come over the decades and more are yet in store.  For more information and a nice collection of historic photos as well as timeline for Bridge Square, look at the documents here.

The square became a hub for downtown business and throughout the decades of change, continues to be so.  For interesting podcasts describing the life and times of the square, the architecture, and the town itself, go to the historical society here.  From its humble beginnings, Bridge Square has hosted parades, concerts, celebrations, solemn memorials, war protests, and more.  Visitors from near and far have come to Winterwalk and many have tasted the best of the Riverwalk Market Fair.  The Defeat of Jesse James Days shares a bit of the early history of the town and the annual college football game between local rivals St. Olaf and Carleton College challenges the history of tomorrow.  Who will win the Battle for the Goat trophy and who will have the privilege of Turning the Eagle this year?  What is that all about, you say?  Read all about the fun here.

Stories from the past about people and buildings and places and spaces are fun and fascinating and informative and sobering.  Take some time to learn the stories around.  You might come to agree with Theodore Roosevelt:  “I believe that the more you know about the past, the better you are prepared for the future.”