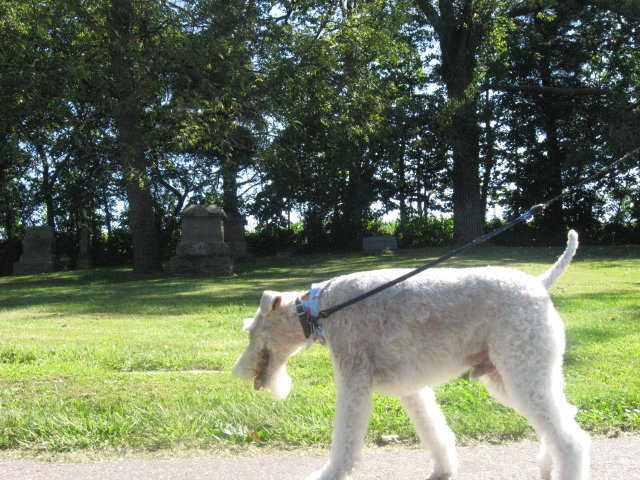 When I moved to Northfield a little over eight years ago, I was accompanied by my wife, Kathryn, and her ancient and beloved fox terrier, William (pictured on a walk some time ago). Among our first projects as we settled in was figuring out how to take care of William in our new city. He was old, and I had to learn to join the slow-club with him, moseying through our neighborhood and noticing things I never would have if my companion hadn’t been intent on sniffing every leaf and pampering his creaky old hips. In related news, there’s a large knot in a tree around the corner from our house with mushrooms growing in it. But even though he didn’t need as much exercise as he once had, he did still need the occasional park to explore, medical care, grooming, and, of course, treats. Though William left us just before our first son was born, he remains a beloved member of the family, living on in our 6-year old’s favorite stuffed puppy. This week, in honor of what would have been William’s 23rd birthday today, I’m investigating what Northfield has to offer for the dog-about-town.

For outdoor fun and exercise, Cowling Arboretum is a good place to start. Dogs have to be on a leash, but there’s plenty to see, smell, and try to eat and roll in along the 15 miles of trail. Only a little further afield, you can find an excellent system of county and state parks and trails. My favorites are the Cannon River Wilderness Area and Nerstrand-Big Woods State Park. Cannon River Wilderness Area is fairly well hidden, tucked between Cannon City Boulevard and Highway 3 between Northfield and Faribault (the Hwy 3 entrance is just south of the landfill), but it’s well worth exploring. There are lots of trails, some right along the river, and a nice open picnic area. Big Woods State Park is more heavily traveled, but it’s beautiful, especially down by Hidden Falls, and the fall colors there are hard to beat. It even made sidewalkdog.com’s list of most dog-friendly state parks. Though I haven’t spent as much time there, Sakatah Singing Hills State Trail out of Faribault also appears on several lists of the area’s dog-friendly walking areas, including bringfido.com. 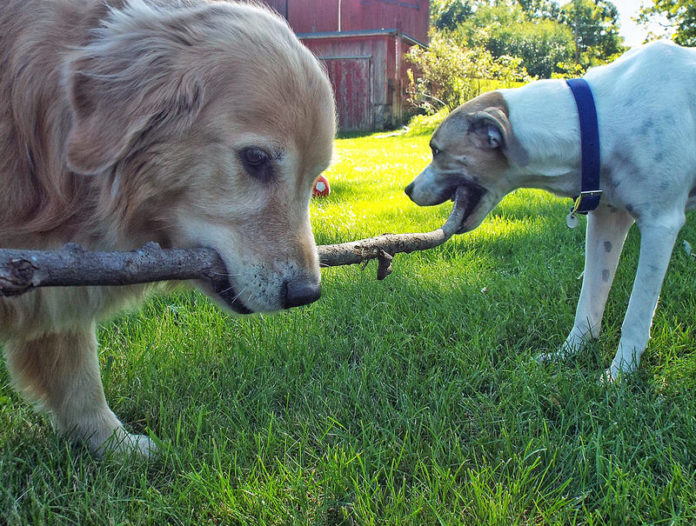 Off-leash areas are a little harder to come by, but there are still some options nearby. In Northfield, there’s a fenced area in Babcock Park with concrete tubes to play on and around, and scoop bags are provided (though they do occasionally run out, so it’s probably good to come prepared). There’s not a lot to look at or a lot of shelter, and the area is underused, but it can be a good place for training, and the fence assures that dogs will stay safe while they burn up some energy. There’s also a fenced dog park at Schilling Park in Dundas, right near Countryside Animal Hospital and the Dundas Post Office, with a little more grassy space available. For special occasions, head up to Alimagnet Park in Burnsville, which was named the 3rd best dog park in the country by DogFancy magazine in 2005. It’s still a great spot, with seven fenced-in acres containing mulched trails, plenty of trees, and a pond. The duckweed can be a little overwhelming in the summer, but there is a dog wash station in case you don’t want to bring it home. They suggest becoming a member ($20 a year) to offset costs for the city of Burnsville, and in my view this voluntary contribution is worth it. The park is quite comfortable for dogs and people alike, right down to timed heaters and a heated water bowl donated in 2006 (but bring your own water), and it includes lighting, a shelter, free pick-up bags, and a special needs dog run for very small, timid, or elderly dogs so they don’t get knocked around. 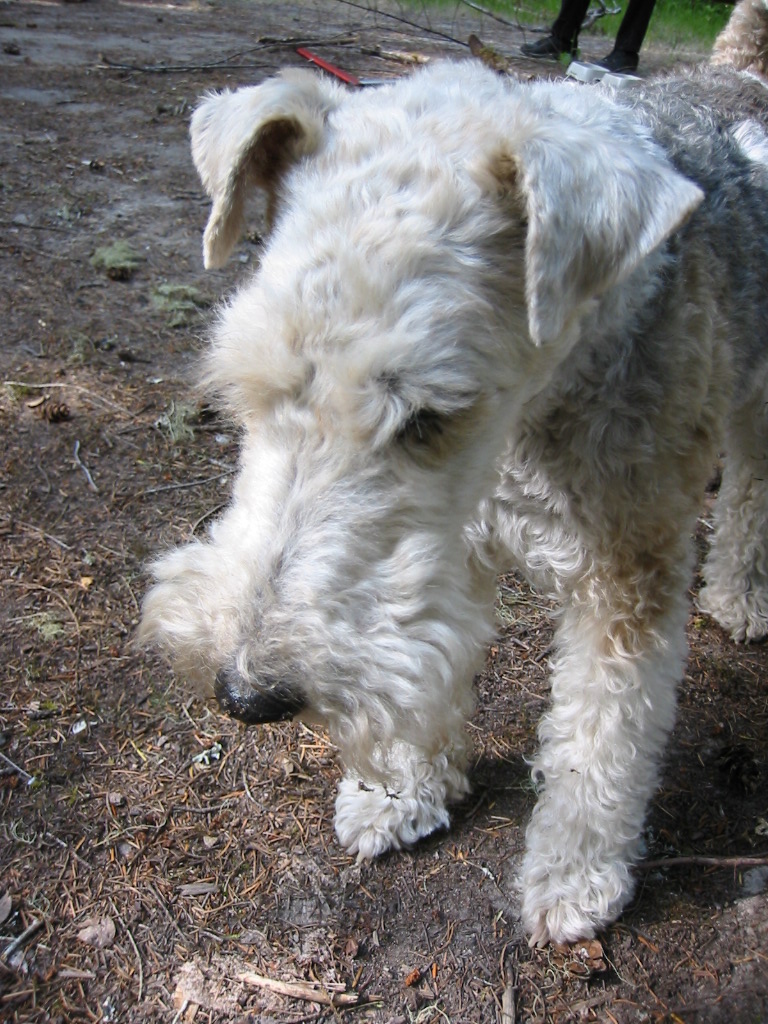 Northfield is a small town, of course, so urban comforts are less plentiful than open spaces, but the city and surrounding area do provide all the essential services. With the closing of the vet office at 512 Division Street, Cannon Valley Vet is the only major veterinary service in Northfield, but they provide good medical care and are the only AAHA accredited vet in the Northfield Area. In my experience, they are also compassionate and kind to dogs and their people. The doctor we initially took William to there has moved on to other veterinary activities, but we never had anything but good experiences with the other doctors there, either. And when William did leave us, they made things as simple and easy as they could be in a difficult time. There’s another large facility, Countryside Animal Hospital, in Dundas, though I haven’t heard much about the experience of going there. If you’re looking for a smaller practice with perhaps a more personal feel, you’ll have to go a little further afield, but The Pet Stop Veterinary Clinic in Elko New Market has gotten good reviews.

If you need to go shopping for your dog, there are several good stores in town, including the store at Cannon Valley Vet, where there’s also a self-service dog wash. There’s also a Chuck and Don’s, part of a national chain, on Clinton Lane, and In the Dog House, a local family-run business on Division Street. In the Dog House has a lovely personal feel and also offers nail trimming, training, and other services, as well as hosting a canine fashion show during Winter Walk. 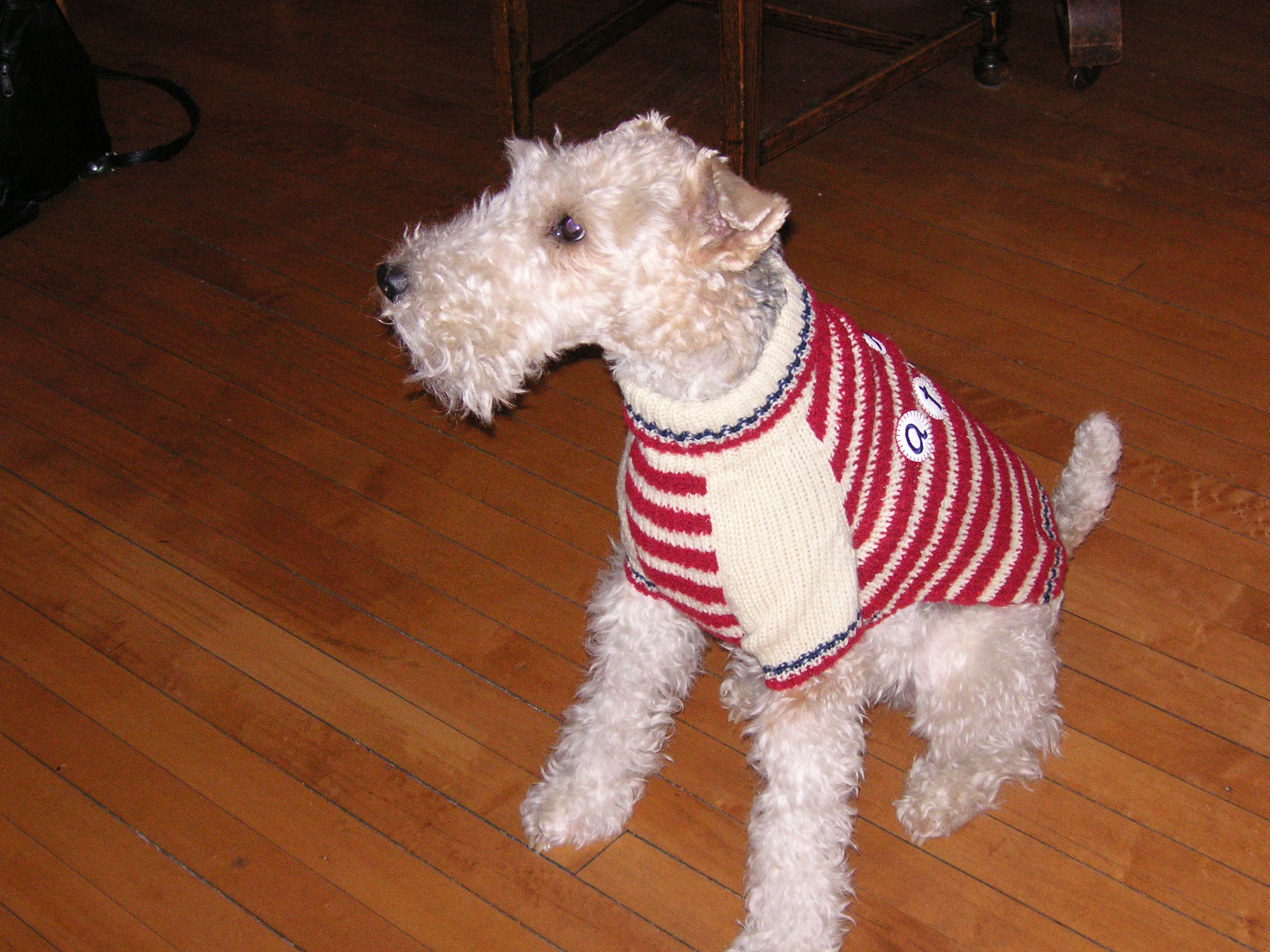 If you need to be away from home, either for a trip or, you know, because you have to go to work, you may need someone to care for your dog, and it’s essential to have someone you trust. For short, day care stays, you can look to either In the Dog House or Cannon Valley Vet, which offers both half-day and full-day options. If you work in the cities or commute from there for work in Northfield, there are also options like Camp Bow Wow in Burnsville or Canine Country Club in Elko, where you can drop your furry companion off before work and pick him up on your way home; with Camp Bow Wow (and possibly others), there’s the added bonus of not being able to focus at work because you’re too busy watching your dog play on their web cam. All of these places, with the exception of In the Dog House, also offer longer-term boarding if you’re going out of town. Also providing boarding services are Sam Daly’s Northfield Kennels and Dokken’s Oakridge Kennels. Some of these businesses, like the vet, are larger operations, while others like Canine Country Club are smaller, family-run businesses that focus on lots of open space and play, but all of them require proof of vaccinations for all boarders, so you can be confident that your dog won’t pick up anything nasty while you’re away. Figuring out where to board your dog is a fairly personal choice, so it’s a good idea to check out their websites (listed below) for more information about the specific services and accommodations of each one.

Fourteen years old and terrier-stubborn anyway when we moved to Northfield, training wasn’t really on the menu for William, but for puppies and slightly less magisterial (curmudgeonly) adult dogs, it can make a world of difference. I particularly recommend puppy classes if you have a really little puppy, since it will make almost everything in your life easier down the road. Even in his dotage, William had no problem with us sticking our hands in his mouth, ears, food, etc. and my wife is firmly convinced that it was because of puppy classes in the Spring of 1996. In Northfield, In the Dog House offers puppy and basic obedience classes, as well as leash-pulling intervention and a class to help you keep your dog occupied in foul weather. The trainer is also affiliated with a group that offers rehab classes if you need help in that area. Oakridge Kennels offers basic obedience training as well, and both Northfield Kennels and Oakridge offer training for sporting dogs. Apparently some dogs (not ours) actually bring the things that their people throw back instead of toting them off triumphantly to a secluded spot for a good chew.

Finally, if your dog requires regular haircuts, or if the prospect of nail trimming is (understandably) daunting, you need a good groomer, and Northfield has you covered here. Cannon Valley Vet offers full grooming services, as does In the Dog House, but you might also try one of two smaller in-home groomers, Clip Joint Dog Grooming Service on Poplar St. and Canine Design by Cyndi on Plum St. Julie at the Clip Joint only works with dogs under 50 pounds, but I’ve heard good things about her work. I’m more familiar with Cyndi, since that’s where we took William. It was chance that we found her, and we were instantly and completely won over. My wife was in town for just a week before driving out to meet me in Michigan to move our stuff, and she realized that William’s Oregon haircut wasn’t going to cut it in the Midwest in July. So she called Cyndi, who worked him into her schedule before they had to hit the road again. When we actually moved to town, we took him to her regularly. As he aged, she accommodated his physical frailty, even letting him lie down for his haircuts, and she was unfailingly kind and gentle with him.

So there’s the rundown, in honor of our short, light and footsome boy. I’m sure I’ve missed some good places and that some of you know more about these businesses than I do. So let me know what I should keep in mind for when Kathryn and the boys railroad me into adding another fuzzy friend to our family.

Contact Information for dog services in and around Northfield

In The Dog House
https://www.inthedoghousemn.com/