What's in a name? More than you think 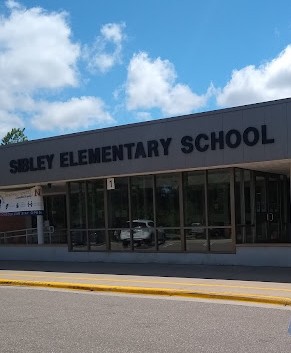 It has been said that the only thing that you can count on is change. And so it is in Northfield. The latest winds of change swept over two elementary schools—Sibley and Longfellow. In October 2020, the school board considered changes in policy regarding the naming of school buildings and facilities. This new policy would “prohibit naming a school building or a school district facility after an individual or family, historic or contemporary.” If accepted, this policy would directly affect both Longfellow and Sibley Elementary Schools. Longfellow was slated to house the district offices and Sibley was named after Henry Hastings Sibley, the first governor of Minnesota, which would require renaming. (For more information about the original naming of Sibley Elementary and Henry Hastings Sibley, go here.) The school board discussed the problem of controversy over school names generated by changes in politics and public thinking and agreed to “focus on using names that may reflect the neighborhood.”

The board accepted the naming policy changes and, after receiving name proposals from the community, voted at their February meeting to rename Sibley Elementary to Spring Creek Elementary. Longfellow Elementary School was renamed the District Office and Area Learning Center, effective July 1. Comments on Facebook have reflected confusion and dissatisfaction with the reason for the name change for Sibley Elementary. Apparently, this topic needs to be addressed by community leaders in a public forum other than what social media provides and with the magnitude, civility and respect of an old-fashioned townhall meeting.

Northfield is not the first community to experience turmoil over a name on a public building. Public schools around the country have wrestled with this issue for well over twenty years, turning to geographical features or local animals that are far less controversial than people. These names may be less offensive but should that be the only criteria for naming a building? If that is the case, then the name of the town, the street it is on, or a number would suffice. What purpose does a school name serve? Surely, more than this.

In 2007, Jay P. Greene of the Manhattan Institute for Policy Research and two research associates from the University of Arkansas published, What’s in a Name? The Decline in the Civic Mission of School Names. In it they discuss the trending of public school districts in seven states away from naming schools after people and presidents in particular, the consequences, the causes, and their proposed solutions. This trend is important because the naming of a building after a person requires careful consideration of people worthy of emulation and speaks to how that person’s character connects with the civic mission of the community as well. Furthermore, Greene notes: “The names that school boards give to schools both reflect and shape civic values. They reflect values because naming a school after someone or something provides at least an implicit endorsement of the values that the name represents.” To know what those values are, you need to know the person. Teachers may explore the life and times of their school’s namesake, such as George Washington, and explore the man behind the President. What else did he do besides own slaves? Learning to discuss the good and the bad, and to debate all sides of an issue while still respecting the person with an opposing view, teaches critical thinking skills. No student learns to think independently or to discern right from wrong when taught only one side.

School districts must be willing to take a stand of support when they name a building after a person because no person in the public eye pleases everyone in their life choices. Good people who are worthy of emulation and are honored by their communities should be supported by the communities who honored them. Greene wonders if,

shrinking from a fight over naming schools may be symptomatic of a broader problem with civic education. To teach civics effectively, schools have to be willing to take a stand. To teach tolerance, they have to be intolerant of intolerance. To teach the virtues of democracy and liberty, schools have to argue that democracies are superior systems of government. The unwillingness of school boards to take stands when naming schools may indicate a reluctance to take the stands necessary to teach civics effectively.

So where does that leave us? As members of any community, we need to embrace the freedoms that we have to help make our community thrive. We may participate in the life and responsibilities of our school districts by volunteering in the classroom, supporting our teachers and administrators any way that we are able, attend school board meetings, stay informed, and share the news of what is happening in and out of the classroom. When questionable issues arise, we need to ask questions and voice concerns. And, above all, we need to show gratitude for jobs well done. Civics means more than names on a school board election ballot. Civics means action. Let’s go out into our community and do good.