Northfield's Slogan Revisited: What Happened To All Those Cows? 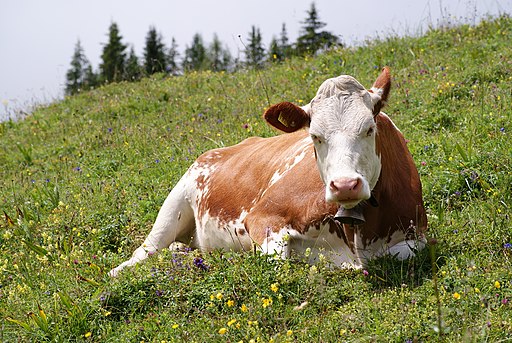 It is 1914 and the Northfield Commercial Club is sponsoring a contest to find the perfect slogan for the town. Northfield is known for its mills, wheat, and award winning flour, Holstein cows, milk and butter. It is a charming town with not one but two colleges and many fine businesses, and is populated with a caring community who know how to protect each other from bandits like Jesse James. The NCC advertises in the local paper, the Northfield News, and when the final count is in, the winner is: “Cows, Colleges, and Contentment.”

Fast forward to present day Northfield, 2022. Stroll through the downtown district, visit its world-class colleges or take a scenic drive from Northfield and back again through neighboring communities of Dundas, Faribault, Nerstrand, or Dennison to see the beauty of the Minnesota farming countryside. The colleges and contentment of small town life are still there and so are the farms but where are the cows of 1914 Northfield? To understand how Northfield earned the title of Holstein Capital of America at that time we need to learn how they first came to Northfield and then what took them away.

The state of Minnesota was first settled in the 1850s as was Northfield. The cows brought into the state during the next few decades primarily provided dairy products for the farming family. The most common breeds were Shorthorn Durham, Jersey, and Ayrshire. According to Merrill E. Jarchow, more of these were “blizzard cows” than dairying cows—“cows that would stand ill treatment and adverse weather conditions, but would not produce enough butterfat to be profitable.” By 1883, these numbered less than three per farm, hardly enough to make any settlement in Minnesota a producer of dairy products. Wheat was easier to grow and became the pioneer farmer’s grain of choice—until 1878.

Wheat farmers in southeastern Minnesota stood at a crossroads. Their cash crop that reigned as King for so long on the Minnesota frontier did not perform as predicted. Instead of a banner crop that year, the wheat succumbed to the unexpected rain, heat, and that dreaded disease, stem rust. Together, they caused sorrow and ruination for many a farming family. The land was overused requiring either more land to farm or diversifying crops grown. Some change was needed to offset the loss from a poor crop; even adding mixed husbandry would help. Each of these, however, required more knowledge, equipment, and money than most farmers possessed. The more appealing alternative was to leave for the free land of the frontier in the north and west. Jarchow explains what happened in his article King Wheat: “Rising land values in southeastern Minnesota forced the farmers there to shift from wheat farming to dairying.” Change in the form of diversification did not come immediately but for many struggling farmers come it did. On many farms over the next several decades dairying grew alongside the wheat industry from their few cows in the 1850s into an extensive industry by 1885.

In 1882, “leading dairymen contended that to be profitable a cow must give at least five thousand pounds of milk a year, an amount sufficient to make about two hundred pounds of butter.” The recommended breed considered best for butter and cheese was the Holstein. By the end of the 1800s, Northfield farmers raised Holsteins along with other breeds. But, it wasn’t until a certain William F. Schilling learned from area dairy farmers and a music professor at St. Olaf College of the exceptional qualities of the purebred Holstein. While working at Joel E Heatwole’s farm, he organized the first local Holstein club in 1907 encouraging dairy farmers to breed for quality milk production. He had always had a desire to farm and this interest led him to purchase the Spring Brook Farm in 1910 as well as lead the State Dairyman’s Association and the Minnesota Farmers Institute among other dairy organizations. His efforts to breed award winning milk and butter producers helped other dairy farmers beyond Northfield to do the same. By 1914, there were 261 herd breeders and within a few more years would increase to a total of 5,532 Holstein dairy cattle in the area. Indeed, in 1914, there were cows a plenty in Northfield. So what happened to them?

According to the Minnesota Historic Farms Study, 1920 was the beginning of an agricultural depression as a result of a post-World War I recession. This worsened when the stock market crashed in 1929 and farmers struggled with the rest of the country until the start of World War II. Advancements in technology helped increase farm productivity but the modern machines were expensive. During 1945 to 1964, one-third of farmers, many small-scale, left the business leaving others who could afford to invest, to increase their farm acreage with hopes of making their efforts pay off. This trend continues to the present. Over the decades Minnesota has continued to see a drop in the number of its farms, however it also has remained “one of the country’s top agricultural states.” It continues to rank high in the agricultural industry with about 68,000 farms according to the Minnesota Reformer. Of those, almost 7000 are dairy farms and the counties with the most dairy farms are Wabasha, Todd, Stearns, Otter Tail, and Morrison.

So, where are the cows? You don’t have to go far. There are many farms throughout Rice County, just not the Holstein populated dairy farms of yesteryear. And that town motto? Well, in the 1960s, the town leaders decided it was time for a change. The official slogan became “Northfield: A Special Place.“ Indeed, Northfield is a special place, until 1991. The Northfield News sponsored a town slogan contest and received more than seventy suggestions, many suggesting that the 1914 slogan be reinstated. That is what they chose. Welcome to Northfield, the town of “Cows, Colleges and Contentment.”