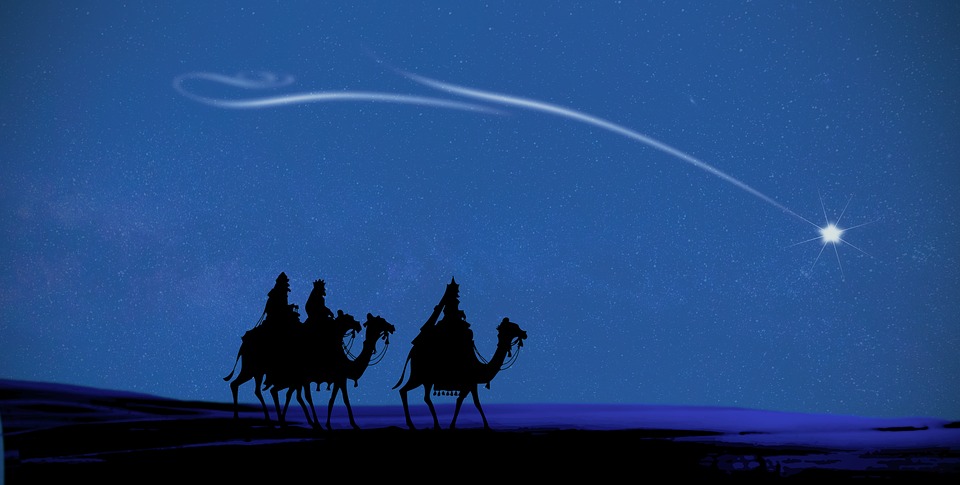 In the beginning of all things, God created the lights in the sky not only to give light to the earth but also “to mark seasons and days and years. “ (Genesis 1: 14-15) Much later he used a special light in the night sky to mark a special season, a special event that would impact the entire world. The men who saw it were wise indeed and set out to find its source. Traveling from the east to Jerusalem the Magi went directly to the ruler, King Herod, for information asking, “Where is the one who has been born king of the Jews? We saw his star in the east and have come to worship him.” (Matthew 2:1-2) This light caught the attention of the world then and has been discussed by many ever since. Commonly called the Christmas Star it has found its way into Christmas celebrations worldwide.

Light brings hope in dark places. Long ago it was the pagan burning of the yule log during the long days of darkness during the winter solstice offering hope for the return of the sun and holding wicked spirits at bay. Candlemas, the Feast of Presentation, remembers the blessing of the baby Jesus in the temple 40 days after his birth. Luke records Simeon praising God for fulfilling his promise to him by showing him his “… salvation which you have prepared in the sight of all people, a light for revelation to the Gentiles and for glory to your people in Israel.” (Luke 2:30-32) People and cultures around the world find hope and community in this light with its secular overtones and religious symbolism alike. Brian Murray traces the history of Christmas lights in his paper Christmas's and Community Building in America and finds their current use to be uniquely American. Christmas lights have become available and popular to American families only since World War II. With the example and encouragement of businesses and government, Americans have embraced the sights and sounds of the holiday through lights. Simple decorations on indoor family trees have given way to elaborate displays on family homes outdoors and, with current technology and a little help from family and friends, music and movement put neighborhoods on par with Disney’s Main Street Electric Parade. 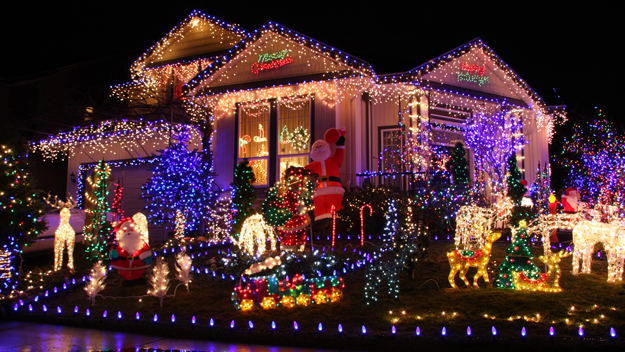 You don’t have to go far for an example. Last year, a man on the east side of St. Paul created from 300-500 figures using over 60,000 lights choreographed to music to celebrate the Christmas season. Since they all wouldn’t fit in his yard, he asked a few neighbors—10, to be precise--if he could borrow theirs and, voila! The Schultz Family Lights was ready for show time. Read his story and plan a visit. A leisurely walk around your neighborhood or a relaxing drive around town might yield similar light displays or just a nice show of local creativity. If you need some help finding a place to start, check out the list of twinkling towns at Explore Minnesota. For places in the Twin Cities check the listings here and here. It’s always good to check ahead for important information like location, times, and, as with the Schultz Family Lights, requests for food donations.

“I am the light of the world. Whoever follows me will never walk in darkness but will have the light of life.” (John 8:12)