The Corner of Fifth and Division: Part Two 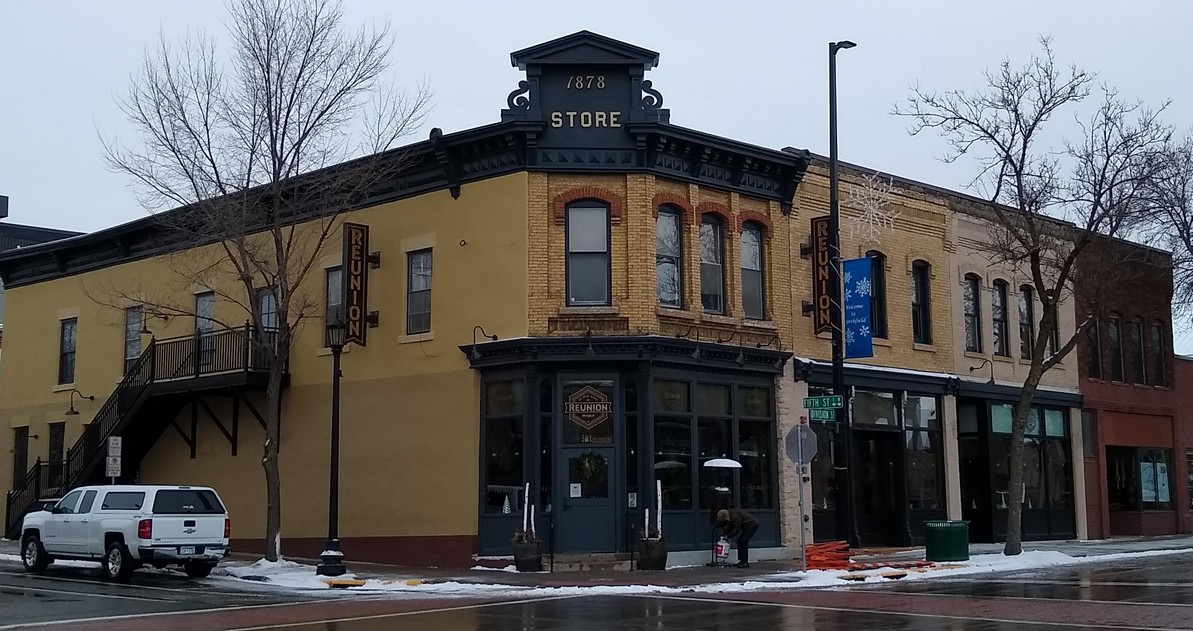 A Corner Bar to an Upscale Restaurant

Change is the one constant in life and, for good or ill, it touches even our motivating principles. The drive for education, abolition, and temperance that brought so many west to Northfield, mellowed with time and life experience. Northfield residents helped establish—not one, but—two colleges. Abolition, they found, would be a life-long effort. And, temperance became a personal choice. By the 1890s, even John North, living in California at that time, came to appreciate the use of alcohol—if only for medicinal purposes. With much action on the part of both sides, prohibition became law with the eighteenth amendment in 1920 and was repealed with the twenty-first amendment in 1933.

By 1942, a corner bar came to town and was welcomed by the community and visitors alike. Then in 1982, after working there for five years, a young twenty-three year old Joe Grundhoefer bought the place and it made it his own. The Scofield Building at 501 Division Street became home to Grundy’s Corner Bar.  During the ensuing years, the Reub ‘N’ Stein debuted just two doors down at 503 Division Street in the Kelley Building in 1969 and became a local staple. In 1988, Grundhoefer bought The Reub, as it became known, and later that year when Brady’s Appliance Store closed, bought it as well and turned it into a game room for the restaurant.  By 1996, Grundhoefer had combined the two businesses Grundy’s Corner Bar and the Reub ‘N’ Stein into one—J Grundy’s Reub ‘N’ Stein. After thirty-five years as a local favorite, The Reub closed its doors in 2017.

Over the decades, the corner of Fifth and Division has had a corner door that seems to revolve every time the wind blows. Its most recent change has been a transformation from a family tavern to a modern upscale polished casual bar and restaurant. Reunion opened its doors in 2019 after extensive remodeling that brought the corner bar into the twenty-first century giving patrons a “historic, urban industrial feel.” From beer to craft beer and The Reuben sandwich to Bang Bang Shrimp, whatever restaurant you will find here will offer hospitality and good food in a welcoming atmosphere. Welcome to Reunion.

On my personal timeline, I knew it first as The Reub. My volleyball team made it a habit to cap off an evening sporting event with a round of drinks. My family also enjoyed the pool tables on occasion. I always enjoyed the cozy atmosphere meeting with friends and family in the heart of downtown Northfield. Knowing the building's place in local history makes it all the more meaningful.